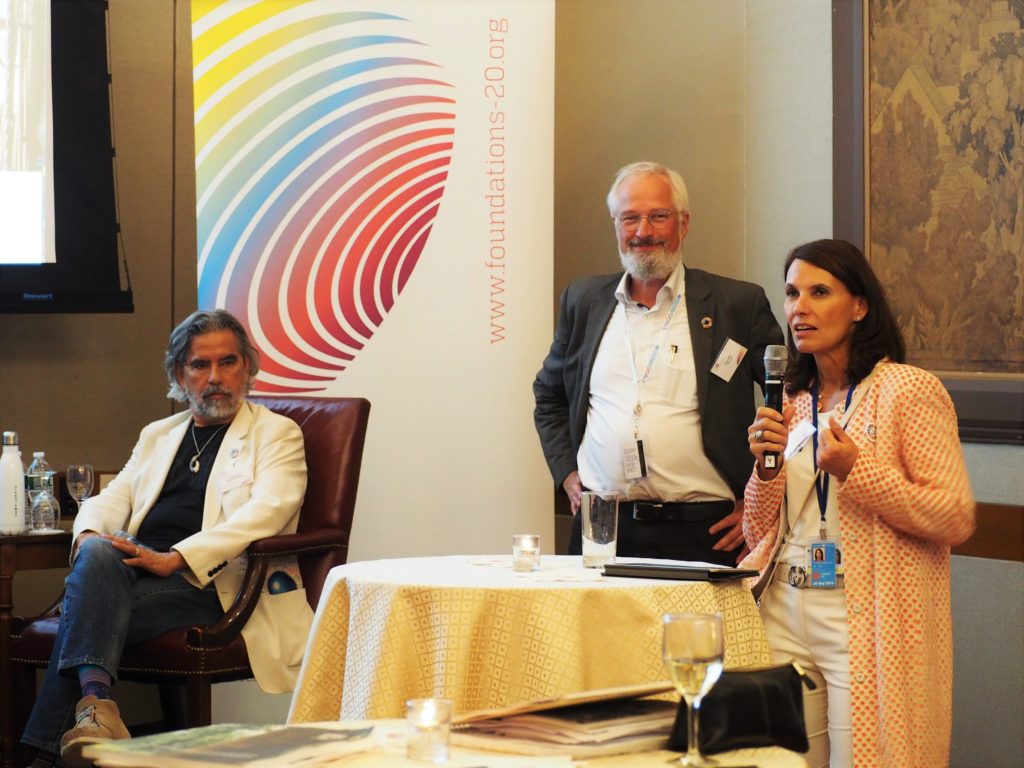 In cooperation with the Blue Planet Alliance, One Earth and the Wyss Campaign for Nature, the Foundations Platform F20 hosted a reception prior to the UN SDG and Climate Action Summit at the Harvard Club of New York City. With this event F20, its partners and speakers addressed the importance to link climate change, biodiversity and sustainability in the context of the 2030 Agenda and the Paris Climate Agreement.

All speakers addressed the opportunities for a Global Deal for Nature and increased ambitions on climate action and the importance of ‘nature-based solutions’, as a concept to adapt to the already happening impacts of climate change. Likewise, it was stated that the financial sector must perpetuate the shift of investments and ensure the alignment with the SDGs and the 1.5°C target, while the role of foundations and philanthropy as part of the solution was highlighted.

Moreover, the question of sustainable impact investment, divestment or risk assessments based on environmental, social and economic principles has moved into the center of the global sustainability discourse. In fact, the term ‘impact investment’ could be misleading suggesting that any other investment wouldn’t have any impact. Instead it’s becoming increasingly important for investors and asset owners what kind of impact their assets have. The alignment of pension funds in line with sustainability criteria is another positive example of how countries reshape their retirement assets which also showcases the important role of shareholders in this transformation.

Overall it was acknowledged that the year 2020 will become most crucial for taking action to prevent biodiversity loss and hazardous impacts from climate change, if the global average temperature increase won’t be limited to 1.5° C, as stipulated by the Paris Agreement. This also requires identifying the links and utilising the most promising entry points to take action and shape the policy debate within three decisive tracks:

Among the first three points of the G20 Osaka declaration this year all G20 countries commit to „lead efforts to foster development and address other global challenges to pave the way toward an inclusive and sustainable world, as envisioned in the 2030 Agenda for Sustainable Development.“ Yet a number of controversial questions remain unsolved yet and the G20 are still far from having put the switches towards the implementation of the SDGs and the Paris Climate Agreement.