Renewable
Target
Mapping
for the 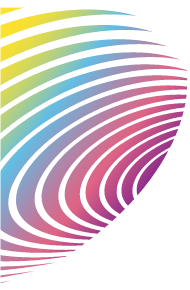 This website summarises the results of the ”Limiting Global Warming to 1.5ºc: Renewable Target Mapping for the G20” report by the Foundations Platform F20 and the University of Technology Sydney published in August 2022.

Reaching
the renewable
power target of

Member countries of the G20 are responsible for about 80% of global energy-related CO2 emissions. Therefore, the G20 has the greatest responsibility globally to limit the global temperature rise and to align their politics with the Paris Climate Agreement. A contract ratified by 197 countries —including all 20 members of the G20. The current political processes to replace energy generation based on burning coal, oil and gas with converting solar energy and wind are way too slow to limit global temperature rise to +1.5ºc. The group of the G7 – in fact a subgroup of the G20 – still displays the biggest per capita emissions among all G20 countries and therefore need to take the lead in implementing the transition towards renewable energy.

The transition requires the decarbonization of the entire global energy system by 2050, with an emissions peak between 2020 and 2025 and a drastic reduction in non-energy-related greenhouse gas (GHG) emissions, including land-use-related emissions.

A very important step for this transition is that all member states of the G20 set targets for renewable energy. Targets exhibit leadership and provide guidance for investors. They increase investment security for the energy sector and will encourage the global finance industry to provide the required support. Targets do not equate to action though and their achievement requires the implementation of policy, regulation, funding, and programmes.

Current state of target based renewable
energy policy across the G20

Overarching or Inclusive Renewable Energy Targets. There has been much less progress in setting inclusive energy consumption targets for 2030 reflecting the slow progress and the greater challenges involved in achieving wider decarbonization of certain parts of the energy system such as the transportation, heating, and industrial sector. Most of the 2020 and 2030 targets are between 20% and 30%, with Brazil the clear leader at 45%. Only five nations (Australia, Argentina, South Africa, Saudi Arabia, United States) have not set a renewable energy target (as of May 2022).

Sectoral renewable energy targets: Heating/cooling and transport. Progress in setting targets for heating, transport, and industry has been extremely uneven. Only just under half the G20 nations have some type of renewable heat target—and those targets are highly variable in terms of their format, sectoral coverage, and extent. Moreover, most G20 nations with renewable heat targets have not updated or set targets beyond 2030. Transport has the lowest share of renewable energy among the major sources of energy consumption—just 3.3%, comprising biofuels (3.1%) and renewable electricity (0.25%). Although targets for biofuels are common, targets for the overall share of renewable energy in the transport sector are relatively uncommon with only a handful of nations with targets to phase out cars with internal combustion engines – the United Kingdom (2030), Canada, and the EU (2035).

Based on the trends in energy demand and supply for the past 15 years (2005-2020) F20 has asked the University of Sydney two calculate two projections.

The Trend and Target projections provide an overview of whether countries are on track to decarbonize their energy sectors and where changes are required.

Primary Energy Supply. Until 2050, the Trend projection forecasts that fossil fuels supply 84% of the primary energy generation with only a slight increase in using renewable sources.

Electricity demand. The Trend projection follows the average annual electricity demand development (as a percentage) of the past 15 years and increases gradually until 2050.

The Target projection removes 1.5% annually from the demand calculated for the Trend projection which represents the suggested average efficiency gain, and by 2030, 33% of the heating supply will be covered by electricity, whereas the electrification rate of the transport sector will increase to 70%. The electricity demand is expected to increase significantly with the growing decarbonization of the energy sector due to the high electrification rate.

Under the Target projection, though, all G7 and G20 member countries can achieve a renewable energy share of 70% on average, ranging significantly from 46% in the UK to 81% in China.

Under the Trend projection, renewable heat generation would decline further, to only 3% by 2050, whereas demand would continue to increase. The Target projection entails a renewable heating share of 57% by 2030 for the G20 and a slightly lower demand than in 2019. Fossil would will be phased-out by 93% by 2040, with coal declining more rapidly than gas.

Transport. The transport sector is dominated by oil, whereas natural gas contributes only 2% in the G20. In 2019, biofuels contributed around 4.5% to the transport energy supply and electricity only 2%. In the Trend projection the use of electricity in the transport sector would decline in the G20 under the assumption that the growth of oil would be prioritized over the growth of electricity. However, electricity use for transport would increase in the G7, an indication of successful policies that support electric mobility, although this would not occur rapidly enough to phase-out oil by 2050. Under the G20 Target projection renewable electricity would grow to 62% by 2030, due to the assumed decline in oil by 6.5% per year (on average) across the G20.

Energy-related CO2 emissions. The trend in energy-related carbon emissions in the G20 since 2005 went into the wrong direction— not a steady decline as needed and as it was agreed in many political fora, but an increase of around 2.5% per year. To achieve the Paris Climate Agreement though, the emissions of all the G20 member states must decrease by about 60%, from 32 GtCO2 in 2019 to 13.5 GtCO2 in 2030.

According to the suggested Trend trajectory, emission will double by 2050, and by 2030, energy-related CO2 emissions will increase by about 30%, whereas the calculated emissions under the Target projection will decrease to 42% of the 2020 emissions. Under the ‘Trend’ projection the cumulative CO2 emissions between 2020 and 2050 would add about 1,470 GtCO2—4.5 times the G20’s carbon budget required to remain under 1.5ºc.

Summary—Projected renewable energy targets. To remain within the carbon budget that will limit global warming to +1.5ºc, drastic changes in existing energy policies are required to support energy efficiency and the uptake of renewable energies. Establishing nationally legally binding targets for renewable energies has proven an effective and successful policy measure. Targets of renewable shares in percentage per annum are therefore well suited, as they always represent a combination of energy efficiency and (renewable) energy generation.
However, renewable targets must be accompanied by policies to implement them. In the Target projection, renewable energy shares for primary energy, electricity generation, heat generation, and transport must be in the range of 57%–71% by 2030, for all member countries.

Solar and wind potential for G20 member states in short: There is enough wind and solar energy to power the entire world! We just need to harvest it by using existing conversion technology such as wind turbines and solar cells.

G20 wind potential. The onshore wind potential of the G20 is smaller than the solar potential, but is nonetheless able to generate 18 times the current global electricity demand.

The G20 has sufficient solar and wind potential to move towards a 100% renewable energy supply.

“The combined solar
& wind potentials of
the G20 are sufficient
to generate over
50 times the current
global electricity
demand.”

Our recommendations focus on the targets that G20 nations must set to ensure that the development of renewable energy is accelerated to meet climate change targets.

G20 nations should
review & set targets
for renewable heating
for 2030.
The authors recommend a renewable
heating target of 55%–60% for 2030.

G20 governments
should set targets
for 100% renewable
energy & zero emissions
for their own operations.

Each G20 nation
should have a transition
authority responsible
for monitoring &
evaluating progress
towards all targets.